The ECU of our quads demystified! 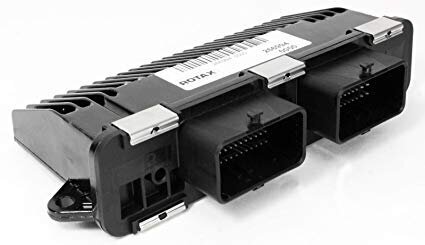 Our vehicles, as simple as they may seem at times, have many complexities. Among them, the brain that controls our quads is as complex as the human one, and must be left to the good care of experts.

Our vehicles are controlled by an engine control module. It is frequently referred to as the Engine Control Module (ECM) or Engine Control Unit (ECU). The ECU monitors most of the sensors in the engine compartment to manage your vehicle’s air-fuel mixture and regulate the emission control systems. It’s often called the brain of the vehicle, and rightly so, because most of what’s needed to operate goes through the ECU.

Back in the 1950s, no one paid much attention to the pollution caused by cars. When smog began to appear, experts pointed to vehicle emissions as one of the reasons. When the Clean Air Act was passed in 1970, automakers were required to install microprocessors to monitor emissions. This resulted in the manufacture of “car computers”.

While monitoring many inputs, the ECU can make quick and immediate adjustments if a reading is out of range. If it is unable to implement a change to correct a difference from the signals it receives on the settings in the memory, the ECU will signal the driver that there is a problem. A corresponding light will be illuminated (usually on the dashboard) and an internal fault code, which can be retrieved via diagnostic tools, will be recorded.

Can an ECU be modified?

The answer is quite simple: yes, and quite easily. I recently met an expert who I could even call a genius in this field. Neuro Tuning, Thomas Boisvert’s company, specializes in the development of programs that increase the performance of our vehicles in an optimal way. A reprogramming, or more commonly called a reflash, brings several advantages.

Fuel savings are also noticeable, because a good reprogramming increases the energy ratio of the fuel explosion. Therefore, a higher detonation will require less fuel, bring faster acceleration and significant savings for our wallet.

You can certainly run your quad more efficiently and get better mileage by using ECU tuning software. On the other hand, if you abuse your throttle with a substantial amount of power, you won’t have that advantage. If you do, you won’t get better fuel economy. ECU tuning, combined with healthy driving habits, can result in more efficient driving.

Does reprogramming void my warranty?

Since the software installed is rarely written by the vehicle manufacturer, it will most likely void any warranty you have on the vehicle. Ultimately, it is not the manufacturer’s decision to push the engine to its limits (or beyond) and if something goes wrong, you could end up paying for an engine rebuild yourself. It is also unlikely that the software company that wrote the board will cover these costs. That’s why it’s very important to use a trusted company that has a lot of experience.

It is common to hear terms like “Stage 1”, “Stage 2” and so on in the field of modifications to increase the power of a vehicle. Generally, with the exception of Stage 1, subsequent modification steps are accompanied by replacement parts that can become costly to achieve significant increases in horsepower. Tuning the engine for performance is often accompanied by additional upgrades, such as installing a freer flowing exhaust (with fewer restrictions).

Without a new fuel table calibration, some of the performance gains from the modifications may not be realized. An improperly tuned ECU can result in decreased performance, drivability and may even damage the engine.

As previously mentioned, ECU tuning has the ability to remove any limitations imposed on the engine by the vehicle manufacturer. You can easily change your quad’s settings to make them more accurate and ideal for driving at the desired locations, altitude and fuel quality. When all of these changes are made together, this combined fine-tuning produces fabulous results. Increased torque output and horsepower are just some of the benefits of ECU tuning.

Please pick up your trash

Those concerned about the efficiency of their vehicle would love the end results of ECU tuning. ECU reflash dramatically increases both throttle response and engine responsiveness. Some enthusiasts, like the members of Bouette Quebec, are performance fanatics and are familiar with such modifications. The muddy terrain that is their favorite playground often requires extra power to get out of dangerous situations. Oversized tires with studs to get through the toughest areas require that little bit of extra power that will make the difference between getting stuck and being on the other side of the critical zone.

In conclusion, the ECU of your quad is complex for most of us, but if put in the right expert hands, it can add a lot of strength to your quad. It is also an investment in itself compared to the option of replacing your quad with a more powerful one. 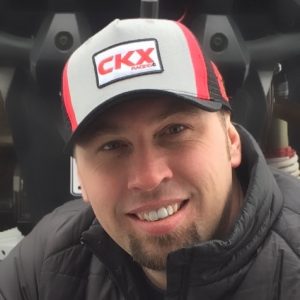 Born in a small rural community in Lanaudière, Patrick was able to enjoy the benefits of the wide open spaces of the family farm from an early age. Patrick was 9 years old when his father bought a Honda Big Red. It was at that precise moment that the passion for recreational vehicles was felt and his passion has never diminished since. He is an excellent communicator and knows how to use the right words to strike a chord with his readers. He has a good analytical mind and snowmobiles and quads have no secrets for him. He is jovial and very kind, do not hesitate to approach him when you have the opportunity. You will certainly have one more friend on your list!
Toutes les publications
PrevPrécédentMy first steps in the maintenance of my ATV
SuivantHow to avoid cold feet when quad ridingNext