The weekend of November 6-7, marked the return of the annual training of the provincial agents of the Fédération Québécoise des Clubs Quads. The last training of this nature was held in the spring of 2017. Since then, we have experienced the modernization of the trail monitoring system, a new version of the Off-Road Vehicle Act and finally, the COVID-19 pandemic.

Prior to this training, since January 2021, the FQCQ’s Safety Management Committee has set up an operational structure. At the head of this structure, we have Yan David Guérette and Marc-Olivier Bilodeau, supervisors. These people have more than 15 years of experience as club and provincial trail supervisors. They are supported by Mr. Simon Potvin who is a member of the Federation’s Board of Directors. In the spring of 2021, in response to the enormous task to be accomplished, two lieutenants and six regional representatives were added to the team to coordinate various subcommittees.

One of the first major mandates of the SMC was to develop a recruitment process, since more than half of the 113 active clubs of the Federation have chosen to rely on provincial agents to ensure the safety of their trails. For some regions, whose volunteerism is in decline, this represents a very big challenge that the provincial agents and the FQCQ intend to meet.
To address this problem, a recruitment process was conducted during the summer of 2021. For this occasion, we received several quality applicants. In the end, a total of 24 new provincial agents were able to complete the entire process and join the team of 16 veterans still in place. They were all sworn in at the end of the training and are ready to help clubs with trail safety.

The training took place over two days. On Saturday, the most important changes in the new OHSA were reviewed. In turn, Réjean Blouin – president, Yohan Perron – general manager at the QCCF and Simon Potvin of the SMC, came to clarify and confirm the role and importance of provincial agents at the heart of the Federation. At the end of the day, Mr. Carl Soucy, recreation and tourism coordinator at the Sureté du Québec, came to present the IMPACT projects that have and will take place. He also confirmed the support and full collaboration of the SQ to the provincial agents of the Federation.

On Sunday morning, a practical training took place outside. There were four stations waiting for the officers to requalify and train. The sets were animated by actors who played their roles very well. Sunday ended with the official swearing-in and presentation of certificates to both the old and new agents.

In closing, the provincial officers are there to collaborate with the clubs and enforce the Off-Road Vehicle Act in a recreational and tourism context. Several regions are still in need of services due to a lack of resources. In this sense, the QCCF Safety Management Committee says it wants to go back to a search for candidates in 2022. A more targeted recruitment is also possible. So, if you are interested in challenges, we may have a place for you in the team of provincial agents. 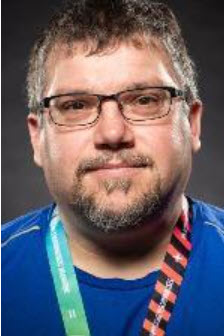